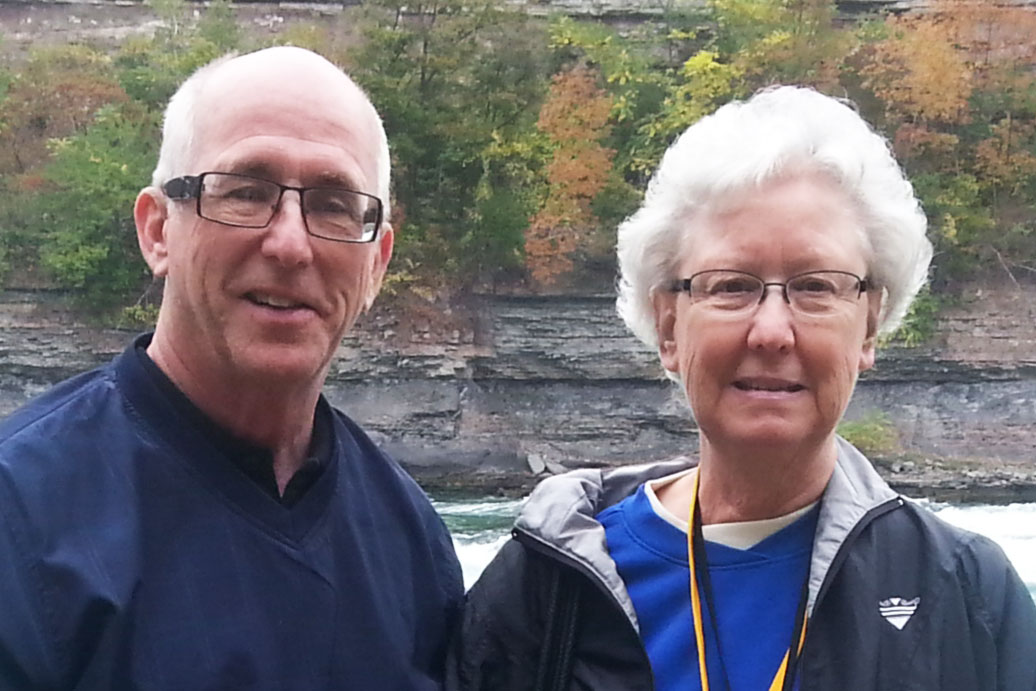 Some have asked for some basic information about us and how we got to this point in our life!

I was born near Chicago, spent 10 years in that area, moved to southern California and lived about 10 years there. This was during the tumultous 1960’s and I was a typcial California youth at that time(played the guitar, went to the beach, etc..). I have one brother who lives in California. After high school I went to television and radio broadcasting school in Hollywood, CA. I got a job at WCAZ in Carthage, IL. Two Assembly of God ministers who had radio broadcasts witnessed to me and I saw something in their life. I asked Christ to heal me of a disease I had in my knees and he instantly did and I was saved in March of 1970. I went to Ozark Bible Institute in Neosho, MO in January of 1971. I met Judy there in 1973 and we were married in August. I joined the staff at OBI and and we both had several positions at the Bible school for 17 years. We adopted a baby girl (Juliana) while we were at the Bible school.

What a wonderful, formative time in our lives to work with young people. We did not make a lot of money in those days but God met our needs. We left the Bible school in 1991 to go to my hometown area near Chicago and pioneer a church. We stayed until the fall of 1994 and then moved to Arkansas to Judy’s home area. I pastored for 2.5 years and was appointed as district coordinator for senior adult ministires where I served for 3 years. In 2002 we moved to Springfield, MO started attending James River Assembly and I was appointed as the Southern Missouri district coordinator for senior adult ministries where I still am serving.

In September of 2006 we were appointed as the first U.S. missionaries to the 50+ in America. What a challenge and opportunity to reach America’s largest and fastest growing population. Since there are only two things worth loving in life: God and people, we want to serve both for as long as we can and reach as many people as we can. What a great life God has given to me!

I was born in Grannis, Arkansas and spent time as a child in Arkansas and Texas.  At about nine years of age, we settled in Conway, Arkansas where I lived until John and I were married in August 1973.  I was raised Assembly of God and was involved in the church as a Sunday School teacher and youth leader.

I graduated from Vilonia High School in 1965.  I worked in different areas of secretarial and bookkeeping work and then decided in 1972 to attend Ozark Bible Institute and College in Neosho, MO.  I graduated with a Diploma in Bible in 1975.  After graduation, I began working at the college and church as secretary, bookkeeper and later as librarian.  I then returned to college in 1989 and received my Bachelors in Biblical Literature.  I worked also for about four years in Arkansas as an adjudicator for Social Security Disability.  We moved to Springfield, Missouri in 2002, and I worked for Latin America Childcare which is part of the World Missions of the Assemblies of God.  I began my work career in 1965 and ceased working in 2007 to be fully involved with John and US Missions working with the 50+ population.

We have one daughter, Juliana, and two grandsons, Jonathan and Arron.